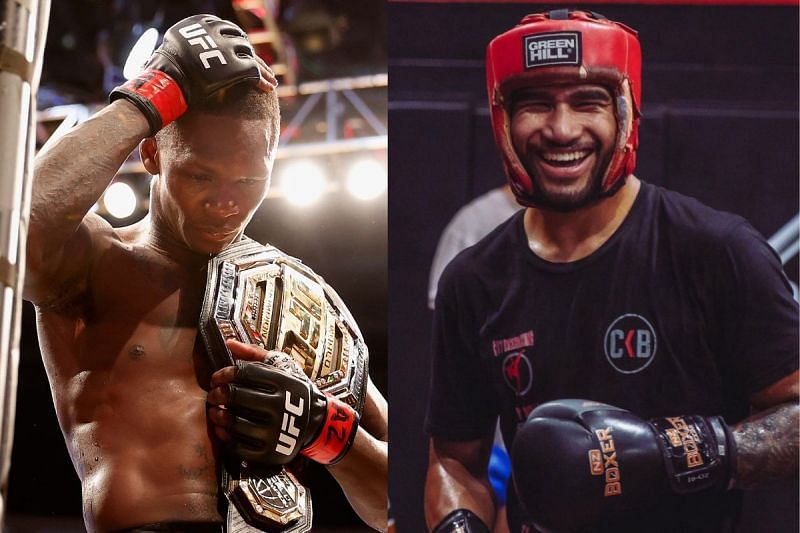 
In a sport as physically and mentally challenging as MMA, fighters need to be on top of their game every time they step into the cage, especially in a promotion as competitive as the UFC.

Fighters are humans who go through difficult times in their personal lives, just like all of us. This usually has an effect on their performance in their octagon – an effect that is only reinforced by the high-stakes nature of the sport and its ruthless fans.

Some UFC fighters have managed to overcome adversity and come out victorious under the most difficult circumstances. Here are five of them who overcame personal tragedy to script a memorable victory.

At UFC 250, Cody Stamann entered the Octagon against Brian Kelleher, just a week after losing his younger brother Jacob.

The short-notice featherweight bout ended with a unanimous decision from Stamann, with all three judges scoring the contest 30-27 in favor of “The Spartan.” He landed nearly 50% of his important strikes with the exception of two eliminations and held on as Kelleher pressed him relentlessly on the final lap.

Speaking about his decision to compete in UFC 250, Stamann – who broke down in tears as soon as the fight was over – said:

“People were like, ‘Hey, if you want to postpone this just wait a little longer, that’s 100% understandable. I just thought about what most people think I think in these situations. Who would be the one passing by, what would they want me to do? And I can say without a shadow of a doubt that he would like me to compete. He loved watching me compete, and I know that’s what he would want.

In August 2013, Josh Samman – who competed under the UFC and Bellator banners – suffered a terrible ordeal. His girlfriend lost her life in a car crash as the two texted each other, turning her world upside down.

Samman returned to the Octagon at UFC 181 in December 2014, where he faced Eddie Gordon. After being beaten in the first round, ‘Anqa’ landed a brutal header to knock out Gordon in the second and win the Performance of the Night award. He was naturally emotional after the fight.

Samman later wrote a poignant account of his experience at UFC 181, which can be read here. Sadly, he died in 2016 from an overdose.

The 15th edition of The Ultimate Fighter, which was the show’s first live-action season, saw Michael Chiesa beat Al Iaquinta in the final via a first-round submission. But the road to triumph was incredibly difficult for ‘Maverick’, who had lost his father two months ago to leukemia.

UFC President Dana White allowed Chiesa to break TUF protocol and attend the funeral, after which he returned to make his father’s wishes come true. And after showing courage in front of his fellow competitors, he won the UFC $ 100,000 contract with an inspired run to the season finale.

Speaking about her ordeal, Chiesa said:

“Losing my father has given me a lot of inspiration because sometimes I stop and think, ‘Would everyone have done the same as me?’ It was a very difficult thing to go through. I only got home less than 24 hours. I got home, I saw the funeral.

Chiesa is now on a four-game winning streak in the UFC, even welterweight champion Kamaru Usman expressing interest in fighting him.

The two had met at UFC 15, where Couture had inflicted ‘The Phenom’ the first loss of his professional MMA career. But Belfort got his revenge in the rematch, albeit under slightly controversial circumstances. Part of his glove cut off Couture’s eye, causing the referee to stop the fight and crown a new champion.

In 2007, Elaine Paiva admitted to kidnapping and murdering Belfort’s sister, but her whereabouts remain a mystery to this day. Belfort has built a brilliant MMA career, participating in over 40 professional fights through the PRIDE and UFC banners, among others.

Adesanya put on a superb display, dominating the Italian en route to a comfortable decision victory. Speaking to Joe Rogan in the post-fight interview after defending his middleweight title, he said:

“Before any formality, like my teammate Brad [Riddell] said, one of our guys, one of the guys going to UFC got murdered. Let’s face it, he was murdered by thugs who can roam free. But I just want to say Fau Vake, Fau Vake, Fau Vake, I love you man … this fight I dedicate to you Fau. Even in his last fight with me, he stung my ass. I have to give you credit for it. Believe me, I’ll never get this one back, but I’m glad you stung my ass on our last sparring. “