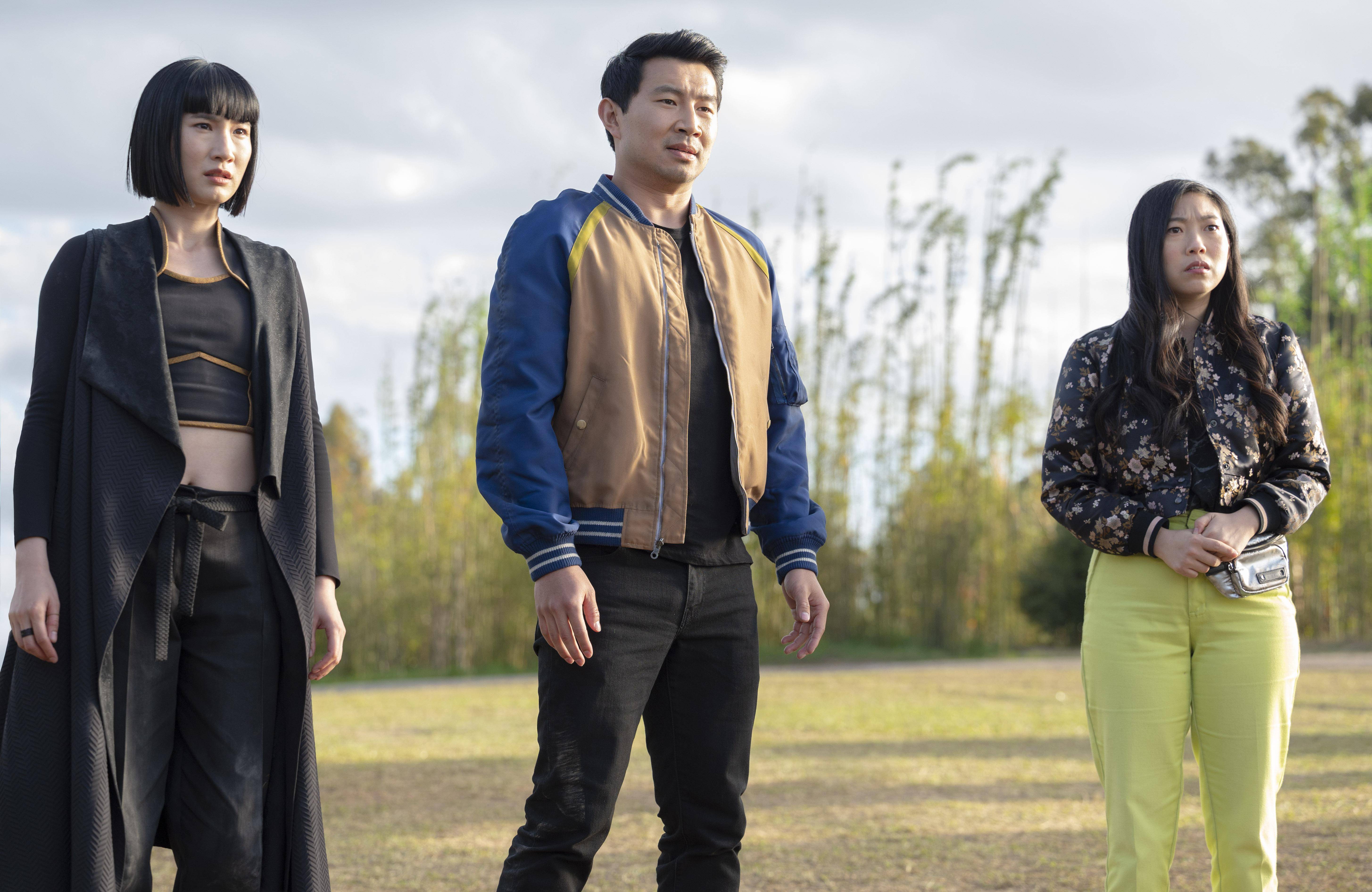 How can Marvel exceed expectations after the first three phases of the Marvel Cinematic Universe (MCU) which ended with the Avengers crossover in Avengers: Endgame and Peter Parker’s second solo Spider-man: Far From Home, a saga filled with action, emotions and everything a story needs. But, here we are, in phase four with Shang-Chi and the Legend of the Ten Rings and Marvel continues to set the bar too high.

We see our first Marvel lead from East Asia in Simu Liu, the Chinese-Canadian actor known for the sitcom Kim’s Convenience. He plays Shang-Chi, who leaves his legacy as a teenager after the urge to become morally correct overwhelms him. Now, over a decade later, he’s Shaun; a name he uses to fit into the American world, a name that prompts Katy, played by the hilarious Awkwafina, his best friend, to be ridiculously mocking when she finds out about her past. This happens when Wenwu, played by Tony Leung, Shang-Chi’s father and bearer of the legendary Ten Rings, sends his army after Shang-Chi and his younger sister Xialing, played by Meng’er Zhang.

After Black Widow, we are witnessing another emotionally dysfunctional family. Wenwu, who has lived for over a thousand years, cannot bear the loss of his wife Xiang Li, played by the elegant Fala Chen. She was the only person who could stop Wenwu’s ruthless thirst for power. After his death, the family loses their emotional connection, forcing Shang-Chi and Xialing to flee their father who reverts to his old ways. Technically, Xiang Li’s death sets the stage for the whole story.

In the first half, director Destin Daniel Cretin successfully explores each character arc while being careful not to take too long. While Shang-Chi, or Shaun, and Katy lead karaoke-filled lives in San Francisco as valets, Xialing runs a cage fighting syndicate in Macau. When the family is united, more regions are explored and the story becomes more Marvel.

The final battle puts Shang-Chi against an evil soul-sucking dragon in the ancient mythical village of Ta Lo, the former home of his mother who gave him powers and protection. Now the village is ruled by Shang-Chi’s maternal aunt Jiang Nan, played by Michelle Yeoh, who is in charge of protecting the universe from the aforementioned evil. Shang-Chi, Xialing, and Katy side with Jiang Nan, even if that means going against Wenwu who is determined to open the doors of evil, however, he is unaware due to his unresolved grief.

Shang-Chi and the Legend of the Ten Rings have the best action scenes in the MCU so far. The martial arts lover in me was very impressed with all the action sequences; be it the bus scene, the scaffolding scene, or even the “love at first sight” between Wenwu and Xiang Li. Between all of this, the choreography and the staging are very commendable.

Thor: Ragnarok (2017) has undoubtedly set a new standard in the MCU. We found more comedic roles that would even reduce the tension in a particular scene. This was also the case in Shang-Chi and the Legend of the Ten Rings. With the right dose of comedy through interesting and legendary characters, the film makes audiences laugh.

The only downside? There is very little information about the legendary Ten Rings. But, it’s classic Marvel, isn’t it? However, that shouldn’t drive us crazy since Shang-Chi, and Katy will now be part of the bigger picture as depicted in the two post-credits scenes that will surely leave you stunned.

While this is, in a way, the origin story of Shang-Chi, the film does not explore a significant part of the title. Maybe he’s saved for a later reveal which is both exciting and frustrating. Cretton does a terrific job of revealing Marvel’s first lead role in East Asia and bringing it into the larger picture of the MCU through Easter Eggs and other important characters. The movie, on the other hand, had a brilliant cast, superb chemistry, top-notch action scenes, and just the right amount of comedy, making it one of the best in the MCU. Honestly, my bias towards Thor is the only factor that keeps Thor: Ragnarok above Shang-Chi and the Legend of the Ten Rings.