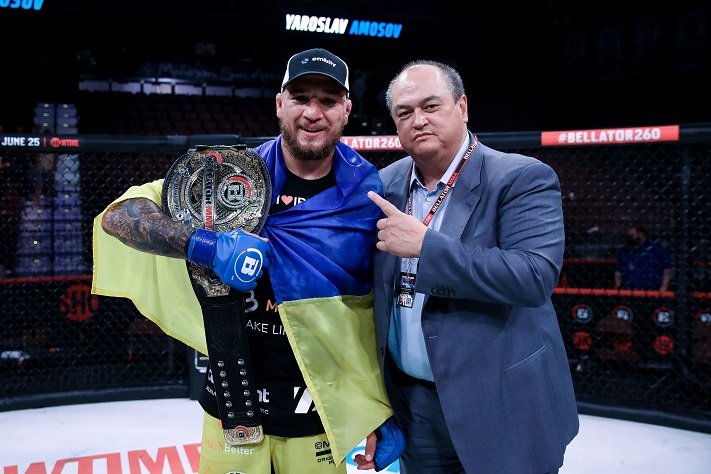 
Bellator president Scott Coker is hopeful that Yoel Romero will fight before the end of 2021. The bigger question, however, is in which weight class he will fight.

“As for when he’s going to fight, we have to wait until he’s cleared. As soon as we get that clearance, we’ll definitely schedule it right away, ”Coker revealed after the Bellator 260 on Friday night. “We hope that before the end of the year he will fight at least once.”

Romero was one of Bellator’s big free agent signings last year and was set to fight Anthony “Rumble” Johnson in the promotion’s light heavyweight grand prix. This does not happen. The fight failed when Romero was unable to pass the medicals for the fight. Lately, the Cuban fighter hinted at a comeback in August.

With that in mind, a light heavyweight reserve fight might be possible. On Friday, Coker wasn’t ready to commit – and there are other options.

“As far as being a substitute for the tournament, that’s definitely a consideration,” admitted Coker. “But another consideration is to take him down to 185 and start him fighting there and busy himself.” Maybe next year, if Gegard [Mousasi]He’s still the champion, or whoever he’s fighting, we can have a great super-fight there.

Friday night saw the crowning of a new welterweight champion at Bellator, with Yaroslav Amosov dethroning Douglas Lima and moving to 26-0. Amosov is another product of Bellator’s sharp talent search skills, but recruiting talent is a bit more difficult these days, with the number of large-scale MMA promotions in the market.

Asked what made Amosov stand out from the start, Coker responded by saying that “the fight that really stood out to me was him and Ed Ruth, they had a great battle both ways. And then he had a great fight here with Logan Storley, which for me was an amazing fight, a quick fight that he won. But it was a very close fight, I think this fight was a split decision if I’m not mistaken.

Coker expects Storley to be looking for a shot against Amosov in the future. “There is a huge pool of athletes who would love to fight it. And I think Logan is going to be up there.

As for Yaroslav Amosov and others like him, “we are looking for the best fighters in the world, and Amosov is definitely one of them. It took him a few years to get here, and now he’s the champion, so everything has been going well for him.

In Adesanya, the UFC has a champion he can count on