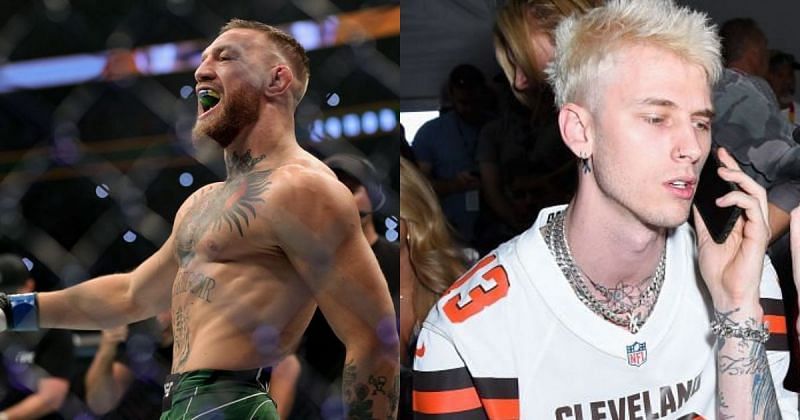 Chael Sonnen scoffed at claims Machine Gun Kelly could cause problems for Conor McGregor during a fight after their altercation at the VMAs.

Many sports fans have chosen to claim that the aforementioned “showdown” did not take place. Others, however, have used it as another reason to shoot Conor McGregor and his current position in the sport.

Sonnen has kept a close eye on Conor McGregor over the years, with many comparisons between the two thanks to their trash talk.

In a recent video on his YouTube channel, Sonnen spoke out against the myth that Kelly would stand a chance against someone as formidable as “The Notorious.”

“You are out of your mind. Machine Gun Kelly might be a badass in your little group, he shouldn’t be compared to a professional fighter. You might think those words don’t need to be said. , but they do and it will never go away. There is always a guy in every group where this group is convinced that ‘this is the guy’, but they don’t have experience with other ‘guys’ I can tie that to all the myths we’ve heard about in MMA. “

“Even on one leg, Conor McGregor does everything he does with that machine gun kid in record time!”

It’s easy for those who don’t watch mixed martial arts to make questionable predictions about what might happen in any given fight. However, it takes things to a whole new level.

Machine Gun Kelly might have a lot of tough friends and he might even know a thing or two himself, but Conor McGregor is a former UFC two-weight world champion. It shouldn’t even be a discussion and it’s somewhat insulting to the sport that people are still talking about it.

The real focus should be on whether the ‘big’ Conor McGregor can rediscover the form that brought him to dance just a few years ago.