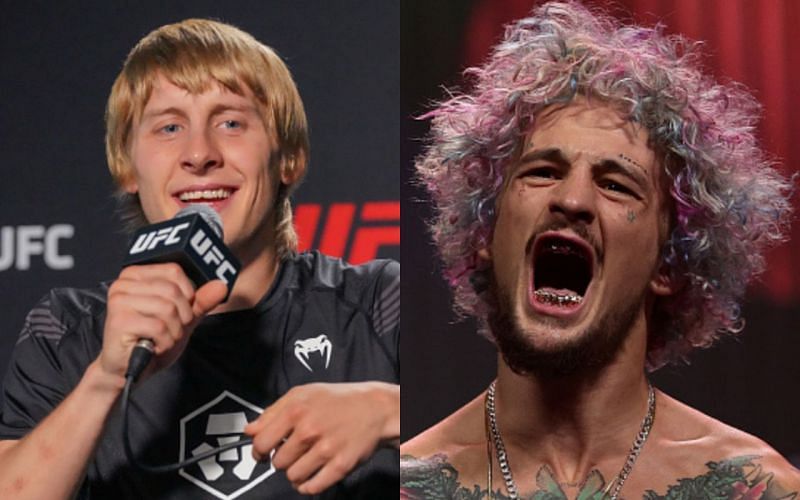 Paddy Pimblett believes Sean O’Malley is right to avoid fighting UFC ranked opponents until he’s paid enough to fight them. In an appearance on the Unlocking The Cage podcast with Jimmy Smith, “The Baddy” claimed that O’Malley is “smarter than he looks.”

Smith pointed out the similarities between Paddy Pimblett and Sean O’Malley’s views on the matter, in response to which, Pimblett gave props to ‘Suga’.

Jimmy Smith went on to note that in the past, fighters typically chose to pursue higher ranked opponents and the title while hoping they would end up making more money. Smith added that new fighters entering the UFC like Paddy Pimblett and Sean O’Malley prioritize money and positioning first, rather than facing high-ranking opponents.

Smith asked for Paddy Pimblett’s perspective on this. Pimblett responded by saying:

“No, my boy. These are just people who are very confident in themselves. He is very sure of himself. I am very sure of myself.

Many in the MMA community have touted Paddy Pimblett and Sean O’Malley as superstars in the making. Both fighters are fan favorites, but they have yet to break into the upper echelons of their respective divisions.

While Paddy Pimblett made his UFC debut earlier this month, Sean O’Malley has been with the UFC since 2017. A major criticism against O’Malley is that he hasn’t fought opponents who are ranked in the top 10 or top-15 of the UFC bantamweight division.

O’Malley, for his part, has always maintained that he is confident in his ability to defeat any opponent, regardless of his ranking. Suga stressed, however, that he didn’t see the point in fighting ranked opponents if he wasn’t paid enough to fight such tough opponents.

O’Malley admitted he preferred to fight unranked fighters in the UFC until he started receiving financial incentives to fight ranked opponents.

Sean O’Malley’s most recent fight was a third round TKO victory over Kris Moutinho in a bantamweight fight at UFC 264 on July 10, 2021. Meanwhile, Paddy Pimblett’s last fight was his debut at UFC, a first round knockout victory over Luigi Vendramini at UFC Fight Night: Brunson vs. Till on September 4, 2021.